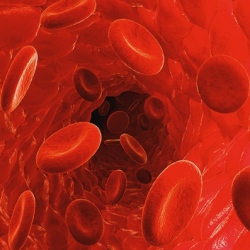 A Californian start-up will be allowed to advertise a mail order DNA test that screens for a rare genetic condition, after a U-turn by the US regulator. The FDA said the 23andMe product would "provide people with information about possible mutations in their genes that could be passed on to their children".

It had previously banned similar tests. The 23andMe kit screens for Bloom syndrome, an inherited disease that is most common among Ashkenazi Jews. It can detect whether a healthy person is a carrier of the genetic variant that causes the disorder, and therefore at risk of passing it on to their offspring.

In a statement, the FDA also said it would provide the "least burdensome regulatory path" for future projects from 23andMe and similar companies. "In many circumstances it is not necessary for consumers to go through a licensed practitioner to have direct access to their personal genetic information," the regulator added.

The decision contrasts with the FDA’s stance in 2013, when it ordered 23andMe to "immediately discontinue" selling its saliva collection tests after failing to provide information to back its marketing claims. The $99 test had offered users a readout of their genetic code, including a detailed analysis of their health risks.

However, despite giving the Bloom syndrome kit a green light, the FDA cautioned that "no test is perfect" and suggested that the kit should only be used by those likely to carry a relevant gene. Informative labelling and information on how to follow up with a medical professional must be provided by 23andMe, the FDA said.