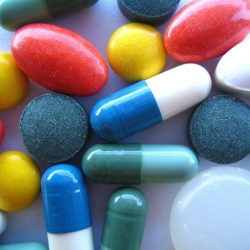 Researchers have discovered a natural hormone that acts like exercise on muscle tissue—burning calories, improving insulin processing, and perhaps boosting strength. The scientists hope it could eventually be used as a treatment for obesity, diabetes, and, potentially, neuromuscular diseases like muscular dystrophy.

In a paper published online today by the journal Nature, the scientists, led by Bruce Spiegelman at the Dana-Farber Cancer Institute in Boston, showed that the hormone occurs naturally in both mice and humans. It pushes cells to transform from white fat—globules that serve as reservoirs for excess calories—into brown fat, which generates heat.

Because the hormone is present in both mice and humans, Spiegelman speculates that it may have served as an evolutionary defense against cold by triggering shivering. He named it irisin, after the Greek messenger goddess Iris, who allowed humans to communicate with the gods in Greek mythology, because exercise appears to "talk" to various tissues in the body via irisin.

Mice given irisin lost a few grams in the first 10 days after treatment, the study shows, and certain genes involved in powering the cell were turned on. Irisin also appeared to reduce the damage done by a high-fat diet, protecting mice against diet-induced obesity and diabetes, according to the paper, whose first author is postdoctoral fellow Pontus Boström.