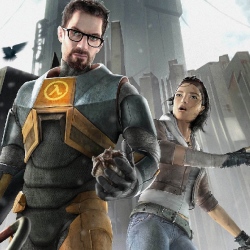 Sales increased 11.4% from 2011, meaning that a quarter of the entertainment market is now digital. But figures released later by entertainment retailers will also show a big drop in physical sales – more bad news for high street shops.

Kim Bayley, director general of the Entertainment Retailers Association (ERA), which will release the figures, said that breaking the £1bn barrier was an "incredible achievement" for retailers.

"This reflects their huge investment in new and innovative services – which means you can buy music, video and games literally at any time of the day and wherever you are.

"At the same time I suspect that many people will be surprised to learn just how resilient the physical business still is – with three-quarters of entertainment sales still on disc.

"Downloads offer convenience and portability, but people still seem to value the quality and tangibility of a physical product."

Geoff Taylor from UK music industry body the British Phonographic Industry credited the Jubilee and London 2012 Olympic Games for showcasing British music around the world and driving up sales.