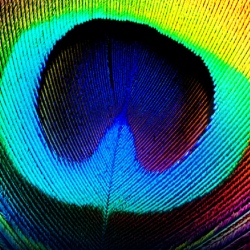 As great as the third-generation — aka "new" — iPad is, I’ve always wondered whether the design was compromised.

Of course that statement alone is enough to incur the everlasting wrath of the Apple crowd. So let me say that I use the gen 3 iPad pretty much every day and have relegated my older iPad 2 to backup duty. In other words, I like the new iPad and love the 2048×1536-pixel, 264-pixels-per-inch (ppi) Retina display. (Not to mention the 4G LTE.)

Still, the fact that the newer version is thicker and heavier than the older one strikes me as being at odds with Jobsian philosophy, as I’ve written before. (And it has given me newfound appreciation for my 10-inch Motorola Xyboard tablet, which is easier to hold for long periods of time than the new iPad.)

Some analysts are now saying that the gen 3 iPad design that made it out the door earlier this year was Plan B for Apple. Plan A was an iPad that didn’t have the additional heft. (While the Apple tablet’s height and width remained the same, the thickness of the new iPad swelled slightly to 0.37 inch and the weight edged up to 1.44 pounds.)

That’s what Raymond Soneira, the founder, president and CEO of DisplayMate Technologies, is saying, and he knows a lot more than me about the ins and outs of the newest iPad.

"The plan was to use this new technology called IGZO from Sharp — a lot higher electron mobility that allows them to make the transistors a lot smaller and the circuit elements a lot smaller," he said.