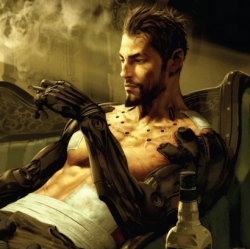 Earlier this year, a Federal Bureau of Investigation (FBI) executive said the United States is "not winning" the hacking war. One defense expert believes he has the solution. It’s a very simple one: instead of prosecuting hackers, he believes the U.S. government should hire them.

John Arquilla, a professor of defence analysis at the Naval Postgraduate School (NPS) and a former director of the Pentagon’s Information Operations Center for Excellence, was recently interviewed by the Guardian. Here a few relevant excerpts:

He said that the US had fallen behind in the cyber race and needed to set up a "new Bletchley Park" of computer whizzes and codecrackers to detect, track and disrupt enemy networks. "If this was being done, the war on terror would be over," he said. … "Most of the hackers I have known would love to destroy al-Qaida."

"Let’s just say that in some places you find guys with body piercings and non-regulation haircuts. But most of these sorts of guys can’t be vetted in the traditional way. We need a new institutional culture that allows us to reach out to them."

Arquilla invented the term cyberwarfare two decades ago. Although he admits a few master hackers had already been recruited, he argues many more are needed.

Here’s where I definitely agree with Arquilla: he criticized lengthy jail terms for hacking. I think they are more often than not penalized way too extensively. Arquilla further adds prison sentences add to the tensions between the government and those who could help it fight and defend its interests online. He points out since most of them don’t’ have political agendas, they can be turned into patriots.