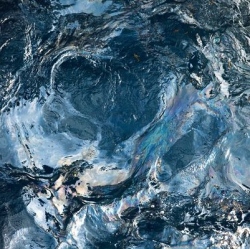 The U.S. could eliminate the need for crude oil by using a combination of coal, natural gas, and non-food crops to make synthetic fuel, a team of Princeton researchers has found.

Besides economic and national security benefits, the plan has potential environmental advantages. Because plants absorb carbon dioxide to grow, the United States could cut vehicle greenhouse emissions by as much as 50 percent in the next several decades using non-food crops to create liquid fuels, the researchers said.

Synthetic fuels would be an easy fit for the transportation system because they could be used directly in automobile engines and are almost identical to fuels refined from crude oil. That sets them apart from currently available biofuels, such as ethanol, which have to be mixed with gas or require special engines.

In a series of scholarly articles over the past year, a team led by Christodoulos Floudas, a professor of chemical and biological engineering at Princeton, evaluated scenarios in which the U.S. could power its vehicles with synthetic fuels rather than relying on oil. Floudas’ team also analyzed the impact that synthetic fuel plants were likely to have on local areas and identified locations that would not overtax regional electric grids or water supplies.

“The goal is to produce sufficient fuel and also to cut CO2 emissions, or the equivalent, by 50 percent,” said Floudas, the Stephen C. Macaleer ’63 Professor in Engineering and Applied Science. “The question was not only can it be done, but also can it be done in an economically attractive way. The answer is affirmative in both cases.”

Accomplishing this would not be easy or quick, Floudas said. A realistic approach would call for a gradual implementation of synthetic fuel technology, and Floudas estimated it would take 30 to 40 years for the U.S. to fully adopt synthetic fuel. It also would not be cheap. He estimates the price tag at roughly $1.1 trillion for the entire system.

The research makes up an important part of a white paper recently produced by the American Institute of Chemical Engineers (AIChE), the nation’s largest chemical engineering association. In the paper, the chemical engineers call for a greater integration of energy sources and urge policymakers to consider chemical conversion processes as a potential method to produce cleaner and cheaper fuels.