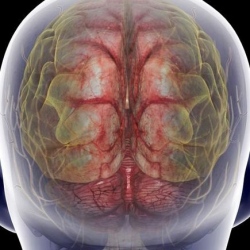 Henry Markram’s controversial proposal for the Human Brain Project (HBP) — an effort to build a supercomputer simulation that integrates everything known about the human brain, from the structures of ion channels in neural cell membranes up to mechanisms behind conscious decision-making — may soon fulfill his ambition.

The project is one of six finalists vying to win €1 billion (US$1.3 billion) as one of the European Union’s two new decade-long Flagship initiatives.

The HBP would integrate these discoveries, he said, and create models to explore how neural circuits are organized, and how they give rise to behavior and cognition. Ultimately, said Markram, the HBP would even help researchers to grapple with disorders such as Alzheimer’s disease.

He proposed to model everything, “from the genetic level, the molecular level, the neurons and synapses, how microcircuits are formed, macrocircuits, mesocircuits, brain areas — until we get to understand how to link these levels, all the way up to behavior and cognition.”

The computer power required to run such a grand unified theory of the brain: roughly an exaflop, or 1018 operations per second, to be available in exascale computers by the 2020s.

So far, his team at he Swiss Federal Institute of Technology in Lausanne (EPFL) has simulated 100 interconnected columns.