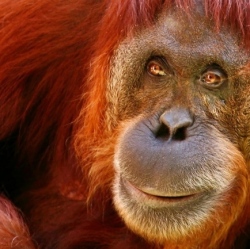 The universe may be a lonelier place than previously thought. Of the estimated 100 billion galaxies in the observable universe, only 10% can support complex life like that on Earth, astrophysicists argue. Everywhere else, stellar explosions known as gamma ray bursts would regularly wipe out any life forms more elaborate than microbes.

The detonations also kept the universe lifeless for billions of years after the big bang, the researchers say. "It’s kind of surprising that we can have life only in 10% of galaxies and only after 5 billion years," says Brian Thomas, a physicist at Washburn University in Topeka who was not involved in the work. But "my overall impression is that they are probably right" within the uncertainties in a key parameter in the analysis.

Scientists have long mused over whether a gamma ray burst could harm Earth. The bursts were discovered in 1967 by satellites designed to spot nuclear weapons tests and now turn up at a rate of about one a day. They come in two types. Short gamma ray bursts last less than a second or two; they most likely occur when two neutron stars or black holes spiral into each other.

Long gamma ray bursts last for tens of seconds and occur when massive stars burn out, collapse, and explode. They are rarer than the short ones but release roughly 100 times as much energy. A long burst can outshine the rest of the universe in gamma rays, which are highly energetic photons.

That seconds-long flash of radiation itself wouldn’t blast away life on a nearby planet. Rather, if the explosion were close enough, the gamma rays would set off a chain of chemical reactions that would destroy the ozone layer in a planet’s atmosphere. With that protective gas gone, deadly ultraviolet radiation from a planet’s sun would rain down for months or years, long enough to cause a mass die-off.