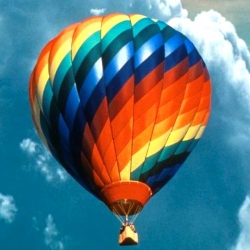 The Near Space Corporation this week said it would begin developing a $6.9 million phase of what it says is the first commercial high altitude balloon flight facility in the country.

Commercial balloon flights to near space will be launched – though the company didn’t say when — from the new facility in Tillamook, Oregon, including several of those reserved through the NASA’s Flight Opportunities Program.

This month that NASA program announced it was looking for the types of small technology payloads that could fly on these future suborbital flights. These future flights will travel to the edge of space and back, testing the innovative new technologies before they’re sent to work in the harsh environment of space, NASA said.

According to Near Space, its balloons can handle payloads ranging in mass from hundreds of grams to thousands of kilograms will be lofted to altitudes up to and exceeding 130,000 feet (approximately 40 kilometers) above sea level, the company says. The idea is that at those heights, scientific research experiments and new technology demonstrations could be carried out in a space-like environment above 99% of Earth’s atmosphere.

The 31,000 square foot facility will feature a balloon launch circle, the observation tower, the payload integration hangar, engineering and administration offices, and the balloon production wing. Construction is planned to begin this spring, and NSC will move into the facility during the fall of 2012.

Near Space was one of seven commercial space companies picked by NASA last year to fly a manner of experiments on their suborbital aircraft. According to NASA the companies will split $10 million and get a two-year contract that will let NASA set up a pool of reusable suborbital systems that could help it test applications in everything from astrobiology to measuring the impact of a solar storm.