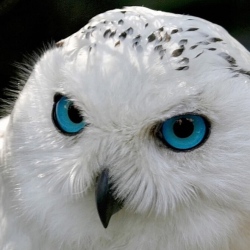 Several potential fixes — including gene therapy, stem-cell therapy and a modified version of vitamin A — are currently being tested in people with a rare eye disorder called Stargardt disease.

The work, if it pans out, could pave the way to treat the most common type of vision loss known as age-related macular degeneration, scientists say. An estimated 4.2 million Americans are blind or visually impaired, a number that is expected to increase 70% in the next two decades as the population ages.

The latest developments aimed at halting, or even reversing, vision loss follow decades of research into what causes people to lose their sight.

Stargardt disease affects some 30,000 Americans. In children, it is the leading cause of degeneration of the macula, part of the retina. There is currently no effective treatment. The disease is caused by the body’s inability to properly process vitamin A, which provides the fuel for photoreceptor cells in the eye to sense light. In a normally functioning eye, vitamin A, once used up, is pumped out of the cell and recycled. In Stargardt, because of a defective gene known as ABCA4, vitamin A remains trapped in the cells in clumps. Retinal cells eventually die and vision is lost.

By identifying the part of the vitamin A molecule where the clumping takes place, Ilyas Washington, an assistant professor of ophthalmology at Columbia University Medical Center, was able to devise a “better” molecule that doesn’t clump as readily but still performs its needed role in the retinal cells. Administering the rejiggered vitamin A to animals with the Stargardt gene defect showed promise, he says.

Alkeus Pharmaceuticals, in Boston, licensed the technology from Columbia University and expects to begin testing pills containing the modified vitamin A in as many as 100 patients in an early-stage trial that could start early next year.