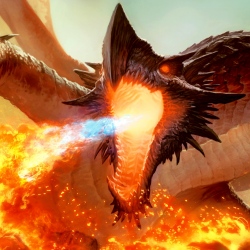 To do that, CiiNow is announcing today it has received an investment from microprocessor and graphics chip maker Advanced Micro Devices. In turn, CiiNow will use AMD’s Radeon graphics chips as part of the standard solution for its cloud gaming platform. Mountain View, Calif.-based CiiNow is making the announcement at the Cloud Gaming USA conference today in Burlingame, Calif. If it succeeds, it could help revive hopes that cloud gaming will accelerate the shift from physical, disk-based games to those that are distributed over the Internet.

Much like the rest of cloud computing, cloud gaming has huge potential to disrupt the traditional game business because it allows publishers to cut out the middleman retailer and go straight to consumers, who can play high-end games on almost any device. OnLive tried to do deliver the first major cloud gaming service by creating web-connected data centers that could compute games in centralized servers and then stream video over broadband connections to users, who didn’t need powerful PCs or consoles to enjoy the AAA-quality games. But the infrastructure costs were too high, OnLive couldn’t convince publishers to give it exclusives, and consumers didn’t subscribe to the service in high enough numbers. So OnLive ran out of money in August and had to be sold to an investor.

AMD Ventures is helping CiiNow execute on an alternative strategy, said Ron Haberman, chief executive and co-founder of CiiNow, in an interview with GamesBeat. Rather than raise a huge amount of capital to build worldwide data centers, CiiNow has created software that runs on top of data center servers and enables any kind of server configuration to deliver a cloud gaming service. Game publishers, broadband companies, game retailers, and any other company can license the CiiNow software and use it in combination with cloud computing services to deliver a cloud gaming service.