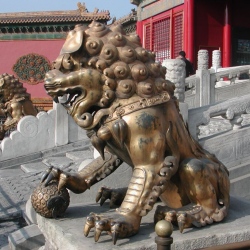 The gross domestic product (GDP) of China hits 47.2 trillion yuan (7.49 trillion US dollars at 6.3 yuan to 1 US dollar) in 2011, 9.2 percent higher than 2010 calculating at comparable prices, according to the economic data issued by the National Bureau of Statistics of China on Tuesday.

There is analysis that the fourth quarter GDP number of 8.9% is evidence of a soft landing for China’s economy

China has a hidden economy that is about another 10-15% of the economy.