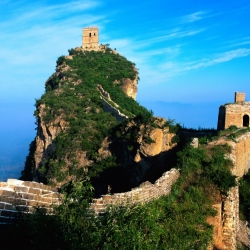 China has surpassed the U.S. as the world’s largest smartphone market, according to mobile analytics firm Flurry.

Based on data from its analytics service, which tracks 2.4 billion app sessions per day, China has just surpassed the U.S. as the No. 1 market for actively used smartphones and tablets.

“The U.S. is now No. 2 and will not recover,” said Peter Farago, vice president of marketing at Flurry.

China has been the fastest-growing smart device market for more than a year. In January, China had 221 million active smart devices, while the U.S. had 221 million. Based on a projection for February, China will have 246 million devices by the end of this month, compared to 230 million for the U.S.

By tracking 275,000 apps, Flurry estimates it can measure activity across more than 90 percent of the world’s smart devices.

“We also conclude that the U.S. will not take back the lead from China, given the vast difference in population per country,” Farago said. “China has over 1.3 billion people while the U.S. has just over 310 million. Considering that the U.S. has the worlds’ third-largest population, the only other country that could feasibly overtake China sometime in the future is India, with a population of just over 1.2 billion.”