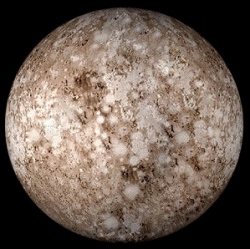 On Earth, days are predictable, with sunrise following sunset at regular intervals. The Sun rises in the east and sets in the west. But what if the Sun set in the west one day and in the north the next? On of two of Pluto’s moons, Nix or Hydra, you would not know when each day would begin and from which direction the Sun would rise.

This is because, like two cosmic footballs, these moons are wobbling erratically as they travel through space. “Living on Nix, you literally would not know if the Sun was coming up tomorrow,” said Mark Showalter of the SETI Institute and co-author of a new study.

The Pluto system is unique in that it contains the only binary system in our solar system. Pluto and its largest moon Charon are what scientists refer to as a double-dwarf system. Pluto is currently classified as a dwarf planet; while Charon is technically labeled a moon, both bodies orbit the same point in space—a point that isn’t within the circumference of either body.

Just like the Earth and the moon, Pluto and Charon are tidally locked in an orbital dance. The two orbit like unbalanced weights on a dumbbell, each pulling on the four smaller moons, Nix, Styx, Hydra, and Kerberos, that orbit the pair.

Using the Hubble Space Telescope, the researchers conducted a comprehensive analysis of the system and concluded that the two largest moons, Nix and Hydra, wobble chaotically as they orbit. Styx and Kerberos are expected to behave in the same manner, although further observations are needed to confirm this prediction. We can tell that the wobble is intensified by the fact that the four moons are not spherical in shape; they’re elongated, much like a football.