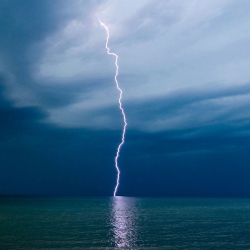 While lithium-ion batteries are the best we have, they often take an awful long time to charge. Now, though, a team of researchers has developed a new battery manufacturing technique which can cut charge time from hours to minutes.

The way current li-ion batteries are made, they have conductors feeding the charge-holding particles held within the cell. The problem is that the charge is deposited from the outside in, as the charge-holding section in the middle isn’t directly exposed to any current.

The new technique, though, developed by researchers at the Ulsan National Institute of Science and Technology in South Korea, makes batteries that are densely interwoven with conductors, so the entire battery can start charging at the same time.

To do that, the team place the cell material in a solution containing graphite, which causes carbon to permeate the materials. When carbonised, the result is “a dense network of conductors throughout the electrodes of the battery”.

In tests, the team has shown that running conductors through the battery in this way produces cells which can can be recharged between 30 and 120 times faster than normal li-ion batteries. The results are published in Angewandte Chemie.

Of course, pumping extra content inside the battery either reduces capacity or increases size slightly—but then, that’s probably worth it if you can shave hours off your charge time. Now please, someone, hurry up and commercialise it