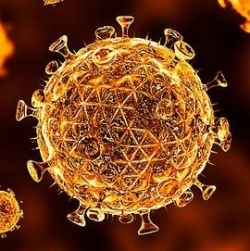 After two decades of research, a group of Canadian scientists has won approval to start testing an experimental HIV vaccine on humans.

The vaccine, developed by researchers at the University of Western Ontario, has received a green light from the U.S. Food and Drug Administration for clinical human trials.

Beginning in January, the vaccine will be given to 40 healthy people with HIV to test its safety.

Dr. Chil-Yong Kang, professor of virology at the Schulich School of Medicine and Dentistry at the University of Western Ontario, called the FDA approval a “milestone.”

“We started the basic science research two decades ago,” Kang said. “The vaccine development, we started 10 years ago. This is incredible for us to get to this stage of development.”

Kang said the vaccine, called SAV001, is the first preventative HIV vaccine approved for clinical trials to use a killed whole HIV-1 virus to activate the immune response in humans.

The strategy has been used before to develop successful vaccines for influenza, polio, rabies and hepatitis A. Kang said these past successes for other