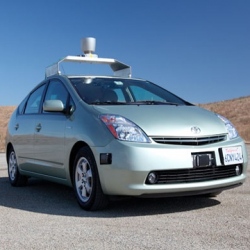 There’s been much debate in the USA about High Speed Rail (HSR) and most notably the giant project aimed at moving 20 to 24 million passengers a year through the California central valley, and in particular from downtown LA to downtown San Francisco in 2 hours 40 minutes.

There’s been big debate about the projected cost ($68B to $99B) and the inability of projected revenues to cover interest on the capital let alone operating costs. The project is beginning with a 130 mile segment in the central valley to make use of federal funds. This could be a “rail to nowhere” connecting no big towns and with no trains on it. By 2028 they plan to finally connect SF and LA.

The debate about the merits of this train is extensive and interesting, but its biggest flaw is that it is rooted in the technology of the past and present day. Indeed, HSR itself is around 50 years old, and the 350 kph top speed of the planned line was attained by the French TGV over 30 years ago.

The reality of the world, however, is that technology is changing very fast, and in some fields like computing at an exponential rate. Transportation has not been used to such rapid rates of change, but that protection is about to end. HSR planners are comparing their systems to other 20th century systems and not planning for what 2030 will actually hold.

At Singularity University, our mission is to study and teach about the effects of these rapidly changing technologies. Here are a few areas where new technology will disrupt the plans of long-term HSR planners: