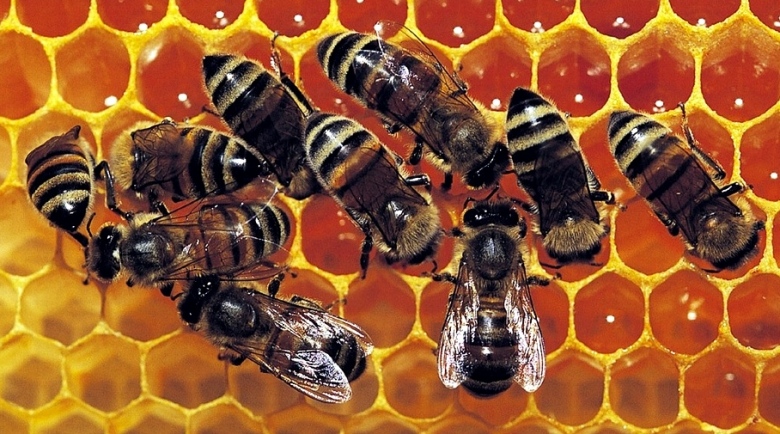 That honeybee lazily probing a flower may actually be a stealth explorer, genetically destined to seek adventure from birth.

Bees who consistently explore new environments for food have different genetic activity in their brains than their less-adventurous hive mates, scientists report in the March 9 Science. This genetic activity relates to making particular chemical signals, some of which are linked to behaviors such as thrill-seeking in people.

“This is an exciting paper that raises a lot of interesting questions,” says neurobiologist Alison Mercer of the University of Otago in New Zealand.

To test the notion of whether bees have personality, scientists led by entomologist Gene Robinson of the University of Illinois at Urbana-Champaign focused on scout bees that embark on reconnaissance missions for food.

The researchers then looked at what genes were active in brain tissue of scouts and nonscouts. “We saw massive differences in over 1,000 genes,” says Robinson. Some of these genes relate to the same molecular pathways implicated in novelty-seeking in humans. In people, for example, dopamine has been linked to the reward system, reinforcing the pleasure of doing certain activities. In insects, dopamine can have an inverse role, reinforcing displeasure, or aversion to certain activities, notes Mercer. The activity of a gene related to dopamine in the scout bees was dialed way down, the researchers found, suggesting they may be less averse to new experiences.

The researchers also fed some of the nonscout bees sugar water laced with some of these molecules. Nonscout bees fed glutamate, for example — production of which was amped-up in scouts — became more likely to act as scouts.

The work suggests that evolution may use the same genetic toolkit across species for behavioral traits, much in the way that related genes are used for building body parts, whether in a fruit fly or frog.

And the work adds to growing evidence that humans aren’t the only species that have personalities.

“If you ask people if they think a squid has personality, they usually say no,” says psychologist Sam Gosling of the University of Texas at Austin. But individual squid, and apparently bees, may consistently seek new things. In animals, scientists call that “novelty-seeking,” while people who exhibit similar traits get labels like “extrovert.”