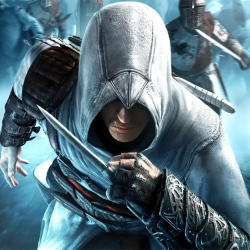 It’s strange to give a release date for a game without first explaining what that game will be about, but Ubisoft’s never demonstrated any fear of afraid of being strange. Today it announced that Assassin’s Creed 3 will come out on October 30th of this year — but I’ll believe that when I’m stabbing people on Halloween. I expect we’ll hear about the PC version being delayed by a couple of months right around August.