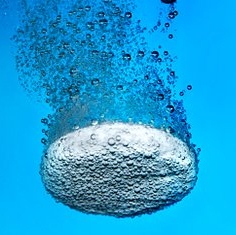 Their study on more than 2,000 patients, published in the New England Journal of Medicine, said aspirin was as effective as the commonly prescribed drug warfarin.

It said each drug had risks, but they had similar benefits overall.

However, a UK cardiologist argued the risks from warfarin were less serious.

Heart failure is a major health problem in many parts of the world. It affects 900,000 people in the UK and six million people in the US. A failing heart struggles to pump blood around the body, meaning even trivial tasks become exhausting.

As the blood is not pumped round the body as efficiently the risk of a blood clot increases, if a clot blocks blood to parts of the brain it will result in a stroke.

Patients are treated with drugs to reduce the risk of a fatal blood clot forming. However, researchers said it was unknown whether aspirin or warfarin was the better treatment in the 75% of heart failure patients who still have a normal heart beat.

Researchers gave 2,305 patients, in 11 countries, either aspirin or warfarin.

British Society for Heart Failure
The combined risk of death, stroke and major bleeding was the same for each drug, according to the researchers.

Patients taking warfarin had a much lower risk of stroke, but had a high risk of bleeds. They said that after four years there was a "small benefit" with warfarin, but it was "borderline" and of "uncertain clinical significance".

They concluded: "There is no compelling reason to use warfarin rather than aspirin".

The lead researcher, Dr Shunichi Homma, from the Columbia University Medical Center, said: "Since the overall risks and benefits are similar for aspirin and warfarin, the patient and his or her doctor are free to choose the treatment that best meets their particular medical needs.

"However, given the convenience and low cost of aspirin, many may go this route."

However, Dr Andrew Clark, from the British Society for Heart Failure and the University of Hull, told the BBC: "The study shown here demonstrates that warfarin quite markedly reduces the risk of stroke associated with heart failure compared with aspirin, but at a cost of an increase in major haemorrhage.

"How to interpret that for individual patients means weighing the risk of stroke against the risk of haemorrhage, but also weighting that by importance.

"I would regard a gastrointestinal haemorrhage requiring transfusion as being of less importance than a stroke, so would tend in favour of warfarin.

"I would be more inclined to prescribe warfarin that previously, but the evidence is not overwhelming."

The British Heart Foundation said both warfarin and aspirin had risks and benefits, but this study showed "neither has an advantage over the other overall in preventing stroke or death in the long term."

Ellen Mason, a senior cardiac nurse at the charity, said: "This finding should give patients reassurance when discussing their medication with their heart failure specialist, and more freedom to choose the treatment which works best for them."

Dr Walter Koroshetz, who is the deputy director of the US National Institute for Neurological Disorders and Stroke, said the study would have "a large public health impact".

He added: "Patients and their physicians now have critical information to help select the optimum treatment.