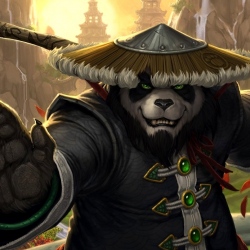 Activision Blizzard, the largest independent game publisher and maker of games like Call of Duty, reported its second quarter earnings for the period ending June 30, beating expectations for both earnings and revenue. The company also raised its guidance for the full year.

Activision Blizzard’s results are a bellwether for the traditional video game industry, which has been in a slump as retail games slow down and social, mobile, and online games take off.

Bobby Kotick, the chief executive of Activision Blizzard, said, “Our performance was driven by strong audience demand for our great games.  We are very excited to have announced our expanded investment in China through Activision Publishing’s agreement with Tencent to bring the Call of Duty franchise to the Chinese market.”

“For the remainder of the year,” said Kotick, “we are excited about our product slate which includes Activision Publishing’s Skylanders Giants and Call of Duty: Black Ops II and Blizzard Entertainment’s World of Warcraft: Mists of Pandaria. While we are increasing our financial outlook for full year 2012, we remain cautious given economic uncertainty, risks to consumer spending — especially during the holiday season — and the recognition that the majority of our key franchise launches are still ahead of us.”