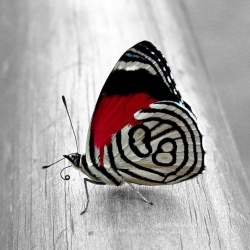 We don’t want to alarm you, but there’s a distinct possibility that our universe is nothing more than a huge computer simulation, that we’re all living in The Matrix, and none of this is real. But while stopping short of full-on human-machine warfare, a team of interested researchers at the University of Bonn is trying to see just how deep the rabbit hole goes by performing a measurement that should tell us if we’re stuck in a computer simulation.

This notion is based on quantum chromodynamics, which is the idea that describes how the strong nuclear force binds quarks and gluons together into protons and neutrons–and thus binds everything else together.

Researchers have long sought to model quantum chromodynamics on supercomputers, but the problem is that these kinds of simulations take place at such a small scale and are so dazzlingly complicated that even the biggest supercomputers can only simulate an extremely small swath of our infinitely massive universe–something just a few femtometers across (a femtometer is one million nanometers, which is still really, really small).

But, such a simulation is also so elementary, so very fundamental to the construction of the universe, that it is basically a simulation of the universe itself. Which leads us to the question: how can we know that we are not living inside this very kind of simulation? (Spoon bends, mirror turns to liquid, mind blows, etc.).
Silas Beane and some colleagues at the University of Bonn think they’ve come up with a way to measure the universe in such a way that we can know if we’re living in a giant sim. This is all based on a value known as the Greisen-Zatsepin-Kuzmin cut off, or GZK. In the world of theoretical physics, things can more or less be limitless, but in computers things have to have limits.

This is one of the problems with these kinds of simulations; the laws of physics have to be placed in a constrained, 3-D space–a lattice–that is limited by the nature of the computer sim.