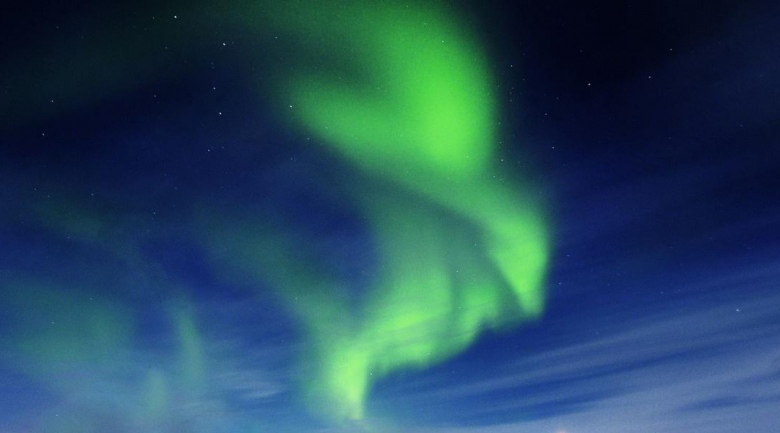 If there are other civilizations in the Universe, then why, after 60 years of listening and looking, haven’t we found any evidence of their existence? According to Daniel Whitmire, retired astrophysicist at the University of Arkansas, this may be because there’s no one out there to find.Using statistical analysis, Whitmire concludes that;

If Earth is typical, then it isn’t possible for any other technological civilizations to exist at the same time as us.

There are 10^24 stars in the Universe with who knows how many planets revolving about them. With so many worlds where life might evolve to choose and with over 13 billion years to do the evolving, it seems reasonable that there must be many other civilizations out there that are far more advanced than ours.

The trouble is, there isn’t a single piece of solid evidence that they exist. In the 1950s, the Italian physicist Enrico Fermi did some back of the envelope sums and asked, "Where is everybody?" Fermi used some extremely conservative assumptions about hypothetical ETs and calculated that even the most lackadaisical and outright lazy civilization would have long ago not only contacted, but reached and colonized every inhabitable planet in the galaxy.

For over six decades, the Fermi Paradox has puzzled scientists, with SETI researchers referring to it as the Great Silence. Why the silence? Over the years, many reasons have been given, ranging from the idea that no one is interested in contacting us to paranoid conspiracy theories that earthbound or cosmic authorities are engaged in a massive cover up.

However, the simplest explanation is that the reason we can’t find other civilizations is that they aren’t there. Whitmire’s position that if the statistical concept called the principle of mediocrity is applied to Fermi’s Paradox, this produces the reason we are alone, which is that we are a typical civilization and will go extinct soon now that we are capable of interstellar communications.

The principle of mediocrity is one of the basic assumptions of modern physics and cosmology in particular. Basically, it states that there is nothing special about our corner of the universe, our planet, or our species. This means that we can, for example, look at how gravity works here and assume that it works exactly the same 10 billion light years away.

Whitmire’s argument is that the view that we are an unusually young and unusually primitive technological species is wrong. But we are the first technological species to appear on Earth, taking 60 million years to evolve from the proto-primates with no evidence of any preceding tech species. Since the Earth will be able to support life for another billion years, that means that the planet could, potentially, produce 23 more species like us.

The important point is that we’ve only been capable of sending messages to the stars for a little over a century after the invention of radio. Whitmire found that if he assumed that humans are typical rather than exceptional, then the bell curve produced by statistical analysis places us in the middle of 95 percent of all civilizations and that ones that are millions of years old are statistical outliers with a very low probability of existence.

In other words, if the human race is typical, then because we are a young technological species that’s the first on our planet and have only been around for about a century, then the same is typical of all other civilizations. Worse, if we are to remain typical, the human race will probably die out and soon.

This means that other civilizations are biological creatures, not machines, are the first to appear on their planet, and are only around for a couple of centuries before being destroyed. Once those first civilizations die out, the planet’s biosphere is so compromised that no other technological species arise to replace them. Sorry, Dr Zaius.

Since this is a statistical result, standard deviation is involved. In this case, it’s about two hundred years and if the fact that the curve skews older is taken into account, it comes out to 500 years. Whitmire says that even if an assumption other than a bell curve is used, the results are similar.

Whitmire’s calculations are depressing not only in regard to ETs, but also to ourselves, since they suggest that ours is a very short-lived species and we’ll take out everything else on the planet as we leave. One consolation is that, since we only have a sample of one, the longer we stick around, the longer we’ll stick around. If we run the numbers in a thousand years, then the predicted lifespan is 5,000 years. If we’re here in a million years, then the prediction is five million years.

But Whitmire admits that there is another conclusion.

"If we’re not typical then my initial observation would be correct," says Whitmire. "We would be the dumbest guys in the galaxy by the numbers."