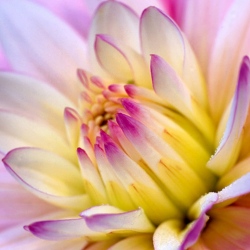 A flowering Tibetan shrub that tricks cells into thinking they are starving could become a weapon against multiple sclerosis and even old age.

The roots of the blue evergreen hydrangea (Dichroa febrifuga) have been used for centuries in traditional Chinese medicine to treat malaria. Now Tracy Keller and colleagues at the Harvard School of Dental Medicine in Boston have found that halofuginone – a chemical based on the roots’ active ingredient – blocks immune reactions that can cause disease.

Cells stop the synthesis of non-vital proteins when amino acids are in short supply. Keller’s team discovered that halofuginone mimics such a shortage by blocking an enzyme that feeds one amino acid to the protein-making machinery.

Keller found that the drug triggers a chemical cascade that responds to amino acid scarcity. This inhibited the growth of malaria parasites, stopped blood cells from making proteins that cause inflammation and stopped the development of specific white blood cells that trigger conditions such as inflammatory bowel disease and multiple sclerosis.

This could make the drug effective against autoimmune disease. But as halofuginone mimics nutrient deprivation, there is another possible use. Animals that receive only just adequate nutrition are known to live longer because diseases which involve inflammation are prevented. That, says Keller, means halofuginone might work as an anti-ageing drug.