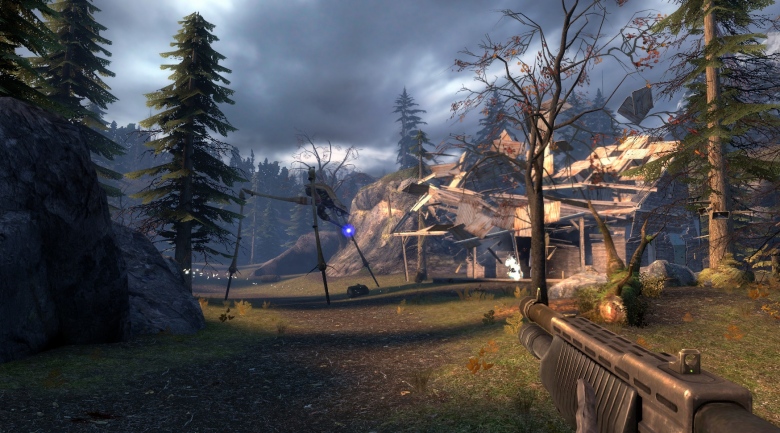 team led by psychology professor Ian Spence at the University of Toronto reveals that playing an action videogame, even for a relatively short time, causes differences in brain activity and improvements in visual attention.


Visitors play the game "Karma" at an exhibition stand at the Games Convention Online 2009 fair in Leipzig, Germany. (Fabrizio Bensch/Reuters)
Share This Story

Twenty-five subjects — who had not previously played videogames — played a game for a total of 10 hours in one to two hour sessions. Sixteen of the subjects played a first-person shooter game and, as a control, nine subjects played a three-dimensional puzzle game.

Before and after playing the games, the subjects’ brain waves were recorded while they tried to detect a target object among other distractions over a wide visual field. Subjects who played the shooter videogame and also showed the greatest improvement on the visual attention task showed significant changes in their brain waves. The remaining subjects — including those who had played the puzzle game — did not.

“After playing the shooter game, the changes in electrical activity were consistent with brain processes that enhance visual attention and suppress distracting information,” said Sijing Wu, a PhD student in Spence’s lab in U of T’s Department of Psychology and lead author of the study.


“Studies in different labs, including here at the University of Toronto, have shown that action videogames can improve selective visual attention, such as the ability to quickly detect and identify a target in a cluttered background,” said Spence. “But nobody has previously demonstrated that there are differences in brain activity which are a direct result of playing the videogame.”

“Superior visual attention is crucial in many important everyday activities,” added Spence. “It’s necessary for things such as driving a car, monitoring changes on a computer display, or even avoiding tripping while walking through a room with children’s toys scattered on the floor.”

The research was supported by funding from the Natural Sciences and Engineering Research Council of Canada in the form of Discovery Grants to Spence and co-author Claude Alain of the Rotman Research Institute, Baycrest Centre and U of T’s Psychology Department.

The study will appear in the June 2012 issue of the Journal of Cognitive Neuroscience, published by MIT Press. Early access to uncorrected proofs of the article is available now at MIT Press Journals.