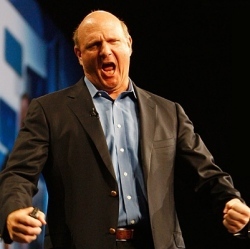 Approximately one in five Macs are infected with some sort of malware, though much of it is intended for Windows-based machines.

A newer, sneakier variation of the Flashback Trojan that hit more than half a million Macs recently, meanwhile, is now making the rounds, according to separate research.

Security firm Sophos analyzed about 100,000 Macs with the firm’s Mac anti-virus software installed, and found that 20 percent were carrying one or more instances of Windows malware. About 2.7 percent were infected with Mac OS X malware.

"Although Windows malware on Macs won’t cause symptoms (unless users also run Windows on their computer), it can still be spread to others," Sophos analyst Graham Cluley wrote in a blog post.

Cluley likened the spread of Windows-based malware on Macs to the sexually transmitted disease Chlamydia. "Just like malware on your computer, Chlamydia commonly shows no obvious symptoms. But left undetected Chlamydia can caused serious problems, such as infertility," he wrote.

Some of the malware found on Macs dated back to 2007 and would have been eliminated sooner had the owners run anti-virus software, he said. "Malware can spread onto Macs via USB drives, email attachments, website download, or even a silent drive-by installation where the user doesn’t realise their Mac’s security has been subverted," Cluley wrote.

Cybercriminals target Macs mostly because users don’t believe anti-virus software is necessary. "Bad guys may also believe that Mac users are likely to have a higher level of disposable income than the typical Windows user. So, they might believe the potential for return is much higher," Cluley wrote.

The most-common OS X virus, found on 75.1 percent of infected devices, was the Flashback virus that hit more than 500,000 Macs in recent months. Fake anti-virus attacks dominated the list of OS X viruses.

There have been conflicting reports about whether the Flashback Trojan has been eliminated from Macs or not. A new report from Intego, however, claims that a new Flashback variant is making the rounds.

Flashback.S "continues to use a Java vulnerability that Apple has patched," Intego’s Peter James wrote in a blog post. "No password is required for this variant to install, and it places its files in the user’s home folder."

"It then deletes all files and folders in ~/Library/Caches/Java/cache in order to delete the applet from the infected Mac, and avoid detection or sample recovery," James said.