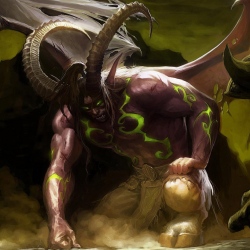 I know a few of you will hate me for saying this, but I think I like Blizzard’s Pandaland. After the chaos of Cataclysm, such a bright and welcoming landscape feels like coming back to a remodeled home. My concern instead lies not with the Pandaren or their Asian-themed wonderland, but rather with a return of a sense of easiness and accessibility that was the hallmark of the Wrath of the Ling King expansion. This could work two ways: it could bring back the millions of subscribers that expansion brought to Blizzard, or it could chase away players already dissatisfied by similar moves toward the end of Cataclysm.

After slogging through a whole expansion that featured destruction of beloved landmarks, the vibrancy and sheer detail of Pandaria is staggering. Every square foot of the Jade Forest (the only open high-level zone) dazzles with color, and each new turn reveals Pandaren quietly at work or monks training in ancient courtyards. On occasion, such as your first encounter with the Temple of the Jade Serpent, new vistas took my breath away. Here, the doom and gloom of Cataclysm steps aside for a lush world of waterfalls, mists, and groves of cherry trees, and the expansiveness begs you to get lost and find little surprises waiting around each corner. And best of all, it’s all done tastefully. If you were expecting some bouncy, cutesy world of panda silliness, you won’t find it here.

2: It’s Good to Be Grounded

Being able to fly while leveling from 80-85 in Cataclysm seemed cool at first, but it wasn’t long before you realized how much that approach took away from the simple joys of exploring the landscape. In most cases, you might as well have just been looking at a map. Blizzard’s decision to remove flying mounts until players hit the level cap allows us to appreciate the surprise of coming across a quest hub that you didn’t see until you were almost right on top of it, and unforgettable landmarks such as the Dawn Bridge have a visual impact that would be lost if you just flew over them.

3: Pandaria has a Sense of Coherence

Unlike Cataclysm, which had zones spread all throughout the world that you could flit between with convenient portals, Pandaria is a complete landmass akin to Wrath of the Lich King’s Northrend or Burning Crusade’s Outland. While many of us love the old Azeroth of WoW’s first few years, returning to it and its increasingly outdated models and textures reminded far too many players of the age of the game itself. Pandaria is different. I wouldn’t dare compare its visuals to those of, say, Guild Wars 2, but the models mark a noticeable advancement over previous content. Better yet, almost all of them are new. Exploring Pandaria brings back that old desire to see what’s over the next horizon, and to go running through zones before you’re the right level for them. Unlike the hodgepodge zones of Cataclysm that demanded that you finish your quests and leave, Pandaria invites you to stay and enjoy it.

4: The Available Dungeon Is Beautiful, Too

At the time of writing, the only dungeon available is the Temple of the Jade Serpent, which easily counts among the most beautiful instances WoW has seen to date. The same level of detail that awes in the world outside continues inside the instance, and likely with greater effect since the technical demands of dealing with dozens of players in one area aren’t an issue here. Each row of scrolls and codices seems individually designed, and each boss room has its own ambiance that does much to contribute to a sense of working your way through an important religious landmark.

5: But It’s Also Short and Only Moderately Challenging

Remember how challenging Cataclysm’s dungeons were when they first came out? Remember how many players welcomed the renewed need to use crowd-control abilities and think before each pull? If the Temple of the Jade Serpent is at all representative, those days are over. The Temple instance contains only a smattering of "trash" NPCs, and most of the instance is a rush from one of the four bosses to another. If you remember the Azjol-Nerub instance from Wrath of the Lich King, you have some idea of what to expect here in terms of length. I only ran this dungeon through the group finder (and thus with people I didn’t know), but even then we were out in no more than 30 minutes on each try. There is, of course, a possibility that later dungeons will be longer, but for now it looks like short and simple is the norm.

6: Bosses Aren’t Hard, But They’re Not Quite Easy, Either

The bosses in the Temple of the Jade Serpent require a smidge of thought if you’re completely new to the game, but they shouldn’t pose a problem if you’re familiar with bosses from previous expansions. The first one, for instance, harkens back to the Burning Crusade’s "Lurker Below" in Serpentshrine Cavern, and another requires juggling damage between two enemies while the other one is immune. All in all, the dungeon itself is hardly tank-and-spank (since the first one required my warrior to try to damage the boss while constantly moving), but, as my dungeon group shows, it’s nothing that a few random players can’t finish together.

7: Questing Is Much the Same

Or, at least, much the same as it was in Cataclysm. That means that many of the quests still revolve around killing a specific amount of wasps and bringing back a specific amount of stingers, but with fun little touches that spice up the grind. In one case, for instance, Alliance players dig around a shipwreck and find clues about its owner and its cargo, and then they plant bombs around it in order to hide the evidence. In another case, you’ll heal some wounded soldiers with some animations other than the "crafting" one used for similar quests in the past. In short, quests follow the same pattern that has always worked for the game, although a touch of dynamism would have marked a welcome improvement.

8: Well, Except for a Few Unique Story Quests

One of the better breaks from the grind is a series of quests that allows you to live experiences from characters other than your own. Cataclysm’s revamped leveling process featured a couple of quests like this, and it’s good to see them here so close to the beginning of the long journey to 90. Here, you’ll relive the actions of three characters who recount how one of their members came to lie dying in a camp filled with cautious natives. While none of them are exactly challenging, it’s somewhat fun to play as a rogue in one fight and target tigers for a sniper in another. Not only do they kind of give you an idea of what it’s like the play another class, but they also relieve tedium of going through your own rotations over and over.

9: New Talents Get Rid of the Clutter

I’ve heard some concerns that Blizzard’s redesign of the talent trees "dumbed things down" to the point that players will only have a few abilities (as in The Secret World), but rest assured, my action bars are still largely full. Instead, Blizzard removed or redesigned some elements that seemed redundant after seven years of patches and expansions. The need for Warriors to use a separate "Rend" ability to start a bleed effect on enemies, for instance, has been removed because abilities because other abilities apply a similar effect automatically. And since all specs can now choose certain abilities that used to be bound to a particular specialization, Mists of Pandaria allows for such uncommon sights as Fury and Protection warriors with the AoE ability Bladestorm. It all seems refreshing right now, but I’ll reserve any judgment until we can see how it works at the level cap.

Normally I wouldn’t even bother bringing this up, but the current build for Mists of Pandaria still has a lot of bugs and placeholders. That’s been true of previous closed betas, but Blizzard’s decision to let a huge chunk of their playerbase see such a rough draft may be a bad move. Some quests require multiple resets before they work, the new area of effect looting results in all the creatures you’ve slain turning to look at you (which is more than a little creepy), and portals won’t work unless you happen to have a Rune of Transportation in your inventory. I have little doubt that Blizzard will release a polished game as they’ve done with every expansion since Classic, but the hundreds of complaints in chat from players who’ve obviously never been in a beta before indicate that such an open look at a work in progress could lead them to believe the final product will be much the same.