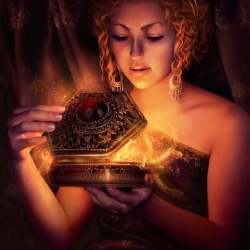 It’s not a myth – women really are better than men at multitasking, at least in certain cases, a study says.

Men were slower and less organised than women when switching rapidly between tasks in tests by UK psychologists.

Both sexes struggled to cope with juggling priorities, but men suffered more on average, according to the paper in the journal BMC Psychology.

The researchers hope to encourage more research on a topic which they say has attracted "astonishingly few" studies – considering how often the "women vs men" debate crops up in conversation.

If men really are slower than women, it could have serious implications for how workplaces are organised, says co-author Dr Gijsbert Stoet, of the University of Glasgow.

"Multitasking is getting more and more important in the office – but it’s very distracting, all these gadgets interrupting our workflow.

"It could be that men suffer more from this constant switching," he told BBC News.

One experiment in China found that women outperformed their male counterparts, while another in Sweden found that men may actually be better than women at multitasking when spatial tasks are involved.

To settle the argument, Dr Stoet and a colleague set out to compare women and men in a certain type of multitasking; the kind we use when faced with juggling many tasks in rapid succession – but not quite simultaneously.