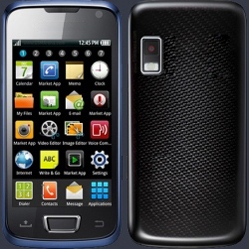 Between the announcement of the iPhone 5 and the day everyone started complaining about Apple’s new Maps app, the biggest complaint about the new device was the lack of wireless charging.

Wireless charging is a feature few people probably even knew they wanted, but Nokia managed to pique everyone’s interest by announcing the Lumia 920 the week prior to the iPhone event. The 920 has wireless charging, and this seemed novel enough that its absence in the iPhone 5 was something to latch onto.

The subject churned up enough commotion that Apple’s product guru, Phil Schiller, even defended the absence in his interview with Ina Fried.

Setting aside the Apple vs. The World marketing fight in the press, I think the attention this feature merited speaks to a widespread interest in the idea of wireless charging. There is something deeper here that evokes emotion in smartphone users. The idea of wireless charging holds immense appeal. Unfortunately, the reality of the technology doesn’t live up to our expectations.

Visit any tech conference (or probably any non-tech conference, too, for that matter), scan the walls, and you will always find someone charging their phone. The tell-tale white cables can be found in every public, and not so public, power outlet. If you are like me, you probably have at least one extra power cord in your backpack or bag. When I travel for business, I have three or four — iPad, phone, computer, plus an extra for ‘just in case’. When I travel for leisure it’s worse, as everyone in the family needs a power adapter.

So when people hear “wireless charging,” they assume they can do away with all that.

Sadly, that is not the case. Schiller put it well when he said that people do not need another device to plug in. And that’s just what wireless charging means today. You still need a power adapter. It still needs to be plugged into the wall, but at the other end is some device that you can place your phone on. The only savings is the millisecond it takes to actually plug your charger into the phone.

Wireless charging has been around for several years. The first phone that prominently featured it was the Palm Pre, which came out four years ago. It featured a charging station that magnetically docks with the phone. The fact that very few phones since then offered wireless charging speaks to two problems with the feature — one technological the other institutional.