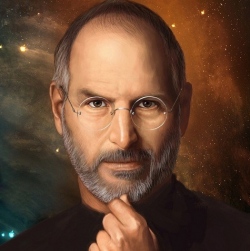 Television all-star Simon Cowell and popular musician Will.i.am will team up to create a TV show focused on finding the next big tech entrepreneur who will follow in the path of Steve Jobs, Bill Gates, and Mark Zuckerberg.

“We’re working on a project called X Factor for tech — and it’s going to be out of this world,” Will.i.am told The Sun. “Singing and performance create a couple of jobs. But this will create lots. It’s about getting in touch with youth and giving them a platform to express themselves — whether that’s in science or mathematics.”

Cowell is best known on TV for being a producer and judge on The X Factor, American Idol, and Britain’s Got Talent. He originally had planned to make his next show one that hunted for a the next big DJ, but he confirmed recently that it wasn’t going to happen.


Will.i.am has consistently made moves in the tech scene for the past few years. He is the “director of creative innovation” for Intel, and he recently crafted a cheesy song that was the first to be transmitted from Mars to Earth.

With The Social Network winning several Oscars and Bravo about to air a show about Silicon Valley, this “X Factor for tech” show could be another extension of pop culture mining tech culture for fun things to cover.