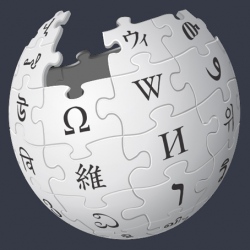 It’s on — at least partially: Reddit has announced that it will go dark for 12 hours to protest the Stop Online Piracy Act, or SOPA, and Wikipedia founder Jimmy Wales has said that he hopes to coordinate with the site so that Wikipedia does the same. Will other sites join in? Should we prepare for the Great Internet Strike of 2012?

Writing that it’s “not taking this action lightly,” Reddit announced on Tuesday that it will black out its site on Jan. 18 for 12 hours, starting at 8 a.m. E.T. During that period, the site’s content will be replaced with “a simple message about how the PIPA/SOPA legislation would shut down sites like reddit, link to resources to learn more, and suggest ways to take action.” The company will also run a live video stream of that day’s House Committee on Oversight and Government Reform hearing on Internet security, intellectual property and economic growth.

On the site’s blog, the Reddit team admitted that “we’re as addicted to reddit as the rest of you,” but also explained that “we wouldn’t do this if we didn’t believe this legislation and the forces behind it were a serious threat to reddit and the Internet as we know it. Blacking out reddit is a hard choice, but we feel focusing on a day of action is the best way we can amplify the voice of the community.” The company says support for a blackout isn’t unanimous among the Reddit community, and it is asking for input as it decides what to do next.