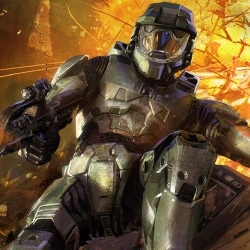 There is, and has been for some time, a raging debate over what (if anything) violent video games do to the mind of gamers. Do they make them more violent? Well, a new study shows that, at least in inexperienced gamers, playing violent video games makes them buy more soap.

Yep. Researchers at the University of Luxembourg found that participants, after playing violent video games, bought hygienic products such as shower gel, toothpaste and deodorant.

The study followed 76 participants after they played video games for 15 minutes. Calling the effect The Macbeth Effect (following the quote in which Lady Macbeth has blood on her dress and yells "out, damn spot!"), co-author of the study Dr. André Melzer said, "The need to cleanse to keep moral purity intact, the Macbeth effect, is a psychological phenomenon in which a person attempts to purify oneself in order to cope with feelings of moral distress. We find that the Macbeth effect can result from playing violent video games, especially when the game involves violence against humans."

It should be noted this cleansing effect was only found in inexperienced gamers.

With this evidence, I suppose mothers should be calling for their kids to play the most violent video games possible.