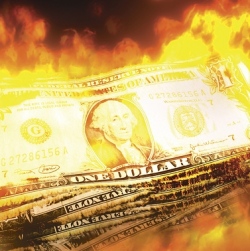 Any non-serial entrepreneurs in the house?

Lesser known examples are also serial. All the entrepreneurs I know personally have started several businesses, or are still on their first business (i.e. they’re unknown data points).

Aha, you might say, what about Bill Gates, Mark Zuckerberg, Helwett and Packard, Disney, Larry Ellison, and a bunch of other similar single-company entrepreneurs?

Secondly, of course, if you build a $100b company, you’re not going to quit it willingly to go start another. However, if we want to know what would happen to Larry Ellison if he was kicked out of Oracle before his time, we only need look at his friend Steve Jobs. When Jobs was kicked out of Apple, he started Next and took over Pixar. Serial entrepreneur? No doubt.

Ironically, even Paul Graham himself is a serial entrepreneur! After all, what is YCombinator if not a business! If anything, one might claim that Paul is more of a serial entrepreneur than all the others combined. He’s actually started a business that allows him to get involved in a hundred new businesses every year. He’s not founding all of those directly, but he sure as hell is a founder of YC – which is most likely "consuming his life" in a similar way to what a startup would do.