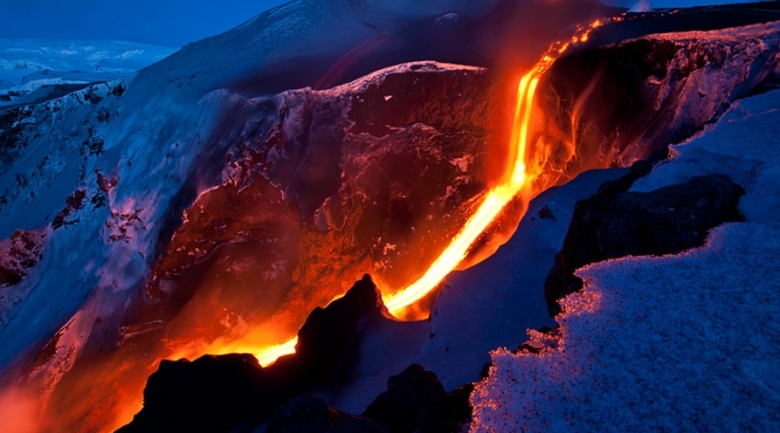 We’ve long known that the very core of the planet — despite being exceedingly hot — is made of solid, crystalline iron because of the immense pressures it experiences. But a new series of experiments suggests that the crystal structure actually forms at far higher temperatures than previously predicted.

Tests in the early 90s suggested that the core’s temperature should be approximately 5,000°C. But now, a team of scientists have used X-rays to probe samples of iron, held at extremely high temperatures, to better understand how the unique crystal structure of the core forms.

The pressures were created using something called a diamond anvil cell, which holds a sample between two machined synthetic diamonds. By applying immense pressure and heating the sample with lasers, the team were able to bombard the iron with X-rays to see how its crystal structure changes as it transitions from liquid to solid.

Their results, published in Science, suggest that the core temperature of the Earth is likely 6,000°C. Fortunately, that result also agrees with computational simulations of what should happen at the core. It’s not just an academic success, either — while the core temperature can’t be measured directly, knowing its value is important for geophysicists who attempt to understand and predict changes in earthquakes and the planet’s magnetic field.