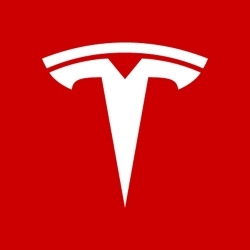 Tesla has unveiled its first electric articulated lorry, designed to challenge diesel trucks. The Tesla Semi has a range of 500 miles on a charge. Tesla says the vehicle – known in the US as a semi-trailer truck – will go into production in 2019. Musk also unexpectedly revealed a new Roadster, which he said would be "the fastest production car ever" made.

The red sports car was driven out of the trailer of the electric lorry during Tesla’s presentation.

Mr Musk described it as "a hardcore smackdown to gasoline cars".

He said riding in traditional cars would be like driving "a steam engine with a side of quiche". The new Roadster becomes available in 2020.

Speaking on stage at Tesla’s facility in Los Angeles, chief executive Elon Musk said: "It’s not like any truck that you’ve ever driven."

However, the charismatic Mr Musk faces continued pressure from investors and customers as the firm struggles to meet demand for its Model 3 car.

The Model 3 is behind schedule due to factory delays, a situation Mr Musk described recently as “production hell”.

The 46-year-old had been camping at Tesla’s Gigafactory in Reno, Nevada, to oversee battery production for the new cars. However, while the company had predicted it would make 1,500 Model 3 cars in the third quarter of 2017, in reality it only managed 260.

Depending on your opinion of Mr Musk, launching a new truck at this time is either a bold statement of belief in his technology, and business as usual, or a foolish distraction from Tesla’s main goal of making its Model 3 a mainstream, affordable car.

There are elements of the Model 3 in the Tesla Semi. Each of its wheels is powered by a Model 3 motor, and the cab features two of the touch screens displays found in the Model 3.

With Tesla Semi, Mr Musk enters a competitive, demanding market. There are an estimated 3.5 million truck drivers in the US, the vast majority of whom drive diesel-powered engines. Tesla will not be able to compete on diesel’s range, and battery specialists doubt Tesla can produce a powerful enough battery at a reasonable price.

“Which is much higher than a diesel-powered semi-truck, which costs about $120,000, on average, for the entire vehicle.”

Mr Musk said the Tesla Semi would be able to travel 643km (400 miles) after 30 minutes of charge at one of Tesla’s new mega-chargers.

As for cost, the company said that per mile the Tesla Semi would work out cheaper than a diesel equivalent when fuel and other maintenance is taken into consideration – but did not share the cost of an individual truck.

The Diesel Technology Forum, a non-profit trade group that promotes the use of diesel, said Tesla’s announcement needed to be "evaluated in the context of reality”.

"It has achieved dominance as the technology of choice in the trucking industry over many decades and challenges from many other fuel types.

As well as coming up against diesel incumbents, Tesla also faces other electric rivals. Concept electric big rigs have been unveiled by Daimler, Volkswagen and Cummins – though all fall short on range, and none are currently on the roads.

Where Tesla believes it can bring an added advantage is with on-board safety and comfort.

A statement from Tesla boasted that “jackknifing is prevented due to the Semi’s onboard sensors that detect instability and react with positive or negative torque to each wheel while independently actuating all brakes".

Autopilot is Tesla’s autonomous driving function that offers several self-driving features, most importantly guiding the vehicle to stay within the lines on the road, and slowing down in keeping with traffic up ahead.