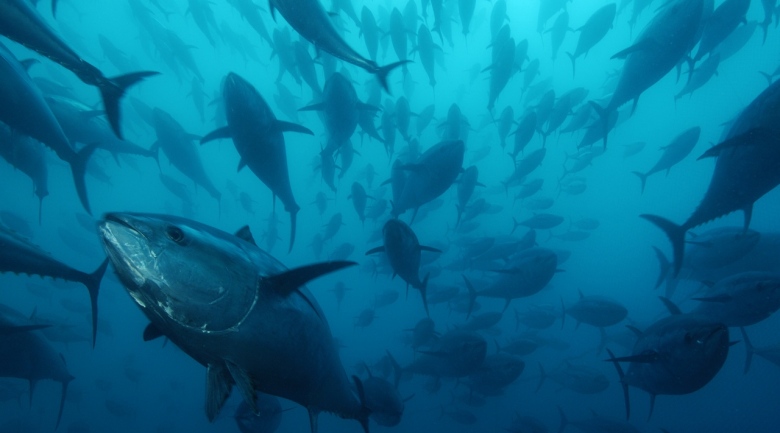 It’s often said that we know less about the bottom of our own ocean than we do about the surface of Mars. The governments of the world, and our government in particular, seem presently much less than enthusiastic about exploring the oceans of our own planet than in exploring other planets (ocean research seems to have taken a particular hit in the last decade of Congressional budget cuts, although admittedly, all agencies have seen cutbacks). So film director and explorer James Cameron decided to build his own extreme deep sea sub and explore the deepest ocean trenches in the world himself.

He dropped a few more public hints about what he saw at the American Geophysical Union meeting in December, but as far as I know that is all. The only other manned mission to the the Mariana, in which Jacques Piccard and Don Walsh dropped to the bottom in the Bathyscaphe Trieste, took place in 1960, and the sediment stirred up by their vessel meant they were able to observe little about the life found there.

Apparently, at a rather obscure meeting in New Orleans this morning (the 2013 Aquatic Sciences Meeting of the Association for the Sciences of Limnology and Oceanography), Natalya Gallo, a grad student in charge of analyzing the 25 hours of footage Cameron collected while on the bottom of these trenches, presented some “preliminary findings”. To me, this is a bit like televizing the images of the moon landing at an obscure planetary science conference. I don’t know if any science journalists were there, but the description of what was found in the press release announcing the talk was exciting enough I wanted to share it with you here.

Early results of Gallo’s analysis reveal a vibrant mix of organisms, different in each trench site. The Challenger Deep featured fields of giant single-cell amoebas called “xenophyophores,” sea cucumbers, and enormous shrimp-like crustaceans called amphipods. The New Britain Trench featured hundreds of stunning stalked anemones growing on pillow lavas at the bottom of the trench, as well as a shallower seafloor community dominated by spoon worms, burrowing animals that create a rosette around them by licking organic matter off the surrounding sediment with a tongue-like proboscis. In contrast, Ulithi’s seafloor ecosystem in the Pacific atolls featured high sponge and coral biodiversity.