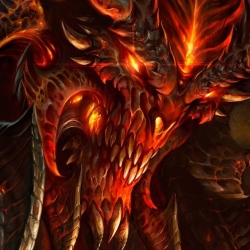 The Australian reports that the teenager, identified only as Chuang, played the game for nearly two full days in a private room of an Internet café in Tainan, southern Taiwan. An attendant found Chuang resting on a table in the early hours of Sunday July 15. He stood up when woken, took a few steps, and then collapsed. He was pronounced dead on arrival at a local hospital.

The exact cause of Chuang’s death has not been determined, but police officials have speculated that sitting in one place for so long triggered cardiovascular problems.

This isn’t the first such incident in Taiwan this year, as 23-year-old Chen Jung-yu suffered a similar fate back in January. In that case, Jung-yu had been playing in a public part of an Internet cafe and his death was thought to have gone unnoticed by fellow gamers for up to nine hours.

Health concerns surrounding the over-playing of video games certainly aren’t unique to Taiwan. 20-year-old Chris Stanifoth died of deep vein thrombosis in the U.K. last year when a blood clot formed in his leg and travelled to his lungs. Staniforth’s father believed that his son’s 12-hour gaming sessions contributed significantly to his death.

Internet cafes are integral to the success of the gaming industry across Asia, but more incidents such as this may result in calls for greater regulation in the market. Concern about video game addiction has already led South Korea to consider implementing a gaming curfew for players under the age of 16.

Diablo III developer Blizzard Entertainment has issued the following statement about the incident:

“We’re saddened to hear this news, and our thoughts are with his family and friends during this difficult time. We don’t feel it would be appropriate for us to comment further without knowing all of the circumstances involved.

“While we recognize that it’s ultimately up to each individual or their parent or guardian to determine playing habits, we feel that moderation is clearly important, and that a person’s day-to-day life should take precedence over any form of entertainment.”