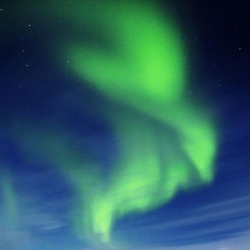 It’s been 40 years since Britain abandoned its own launch capability, cancelling the Black Arrow programme. The withdrawal from the European Ariane programme confirmed Britain’s deep aversion to rockets. Until now. The climate is changing. Ministers are putting funds into an air-breathing rocket-engine, and they’ve declared a desire to see a home spaceport.

The Civil Aviation Authority was tasked with undertaking a review of the possibilities and has delivered an extremely positive verdict – that although there are challenges in launching from the UK, there are no insurmountable obstacles. Eight coastal aerodromes have been identified that could potentially host a base for spaceplanes, and these will now feature in a consultation process as the government looks to establish the necessary regulatory and licensing arrangements ahead of a 2018 opening.

The emphasis is on the expected emergence of a new breed of low-cost rocket planes that can launch fare-paying passengers to sub-orbital altitudes and also satellites into orbit. Most of these vehicles are still quite a few years away from ever flying, but ministers believe that if the UK gets its act together now, the nation can catch the first wave when it arrives. The economic projections are for a market that could be worth billions by the 2030s, and the UK wants a slice of the action. Virgin Galactic is perhaps the spaceplane concept best known to the public, but there are others being developed in the US, such as Xcor with its two-seater Lynx vehicle.

"We expect to start our flight test programme in Q1 of 2015 and be taking people up at the end of 2015 or the beginning of 2016," said Xcor president Andrew Nelson. "We could fly out of Scotland, but we like the look particularly of Newquay. It’s excellent that the UK is investigating this because it can only help the market to grow."