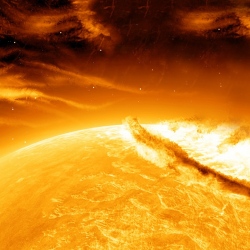 In their 2015 solar outlook, investment bank Deutsche Bank is predicting that solar systems will be at grid parity (when an alternative energy source cost is lower or equal to that of electricity from the electrical grid) in up to 80 per cent of the global market within 2 years, Renew Economy notes.

That’s because grid-based electricity prices are rising across the world while solar costs are still falling. “Leading analyst Vishal Shah predicts solar module costs will fall another 40 per cent over the next four to five years, [so] even if electricity prices remain stable, two thirds of the world will find solar to be cheaper than their current conventional energy supply.”

Shah says the collapse in the oil price will do little to slow down solar use because oil accounts for just 5% of global electricity production. Deutsche Bank says unsubsidised rooftop solar electricity costs anywhere between $US0.13 and $US0.23/kWh today, which is well below retail price of electricity in many markets globally.