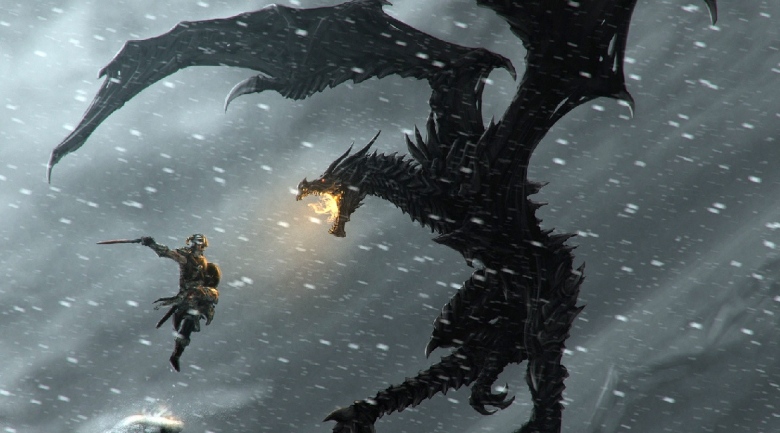 A NeoGAF poster has leaked information about Skyrim’s upcoming DLC, Dawnguard. The info comes from the upcoming issue of Game Informer, in which they detail Dawnguard’s features in a more extensive manner. According to the post, the story of the expansion centers around a vampire lord who is looking to blot out the sun. You can choose to become a vampire and help him out, or take the side of the Dawnguard and keep the sky sunny. This is the point where some of you might be saying, "The Simpsons already did it."

Also making their first appearance are tougher dragons (probably the one that dove into the ice in the trailer), gargoyles, death trolls, and armored hounds. Don’t worry though, you’ll have new tools to deal with these threats, including crossbows, new perk trees for werewolves and vampires, and a new shout called Soul Tear, which steals the soul of an enemy, chaining them to your command.