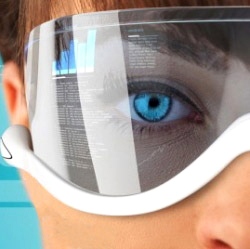 Just like Google Glass, the Galaxy Glass (expect that name to change) will reportedly be a pair of smart eyeglasses that let you view notifications from your smartphone and take phone calls. The news follows a patent Samsung received in Korea last October for “sports glasses,” which described some Google Glass-like functionality.

“The new smart glass to be introduced by Samsung is a new concept of wearable device that can lead to an exciting culture of communication,” the Samsung exec said. “The smart glass will present our aim to lead the new market with proven capability. Wearable devices can’t generate profits immediately. Steady releases of devices are showing our firm commitment as a leader in new markets.”