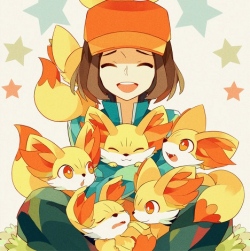 Pokemon Go has now earned a total of $1.2 billion in revenues and 752 million downloads, according to Apptopia, an app intelligence startup. Its total revenues for 2016 were at $950 million. So, while 2017 may not see the app making as many headlines in mainstream news, the pocket-monster catcher still has plenty of traction.

The Niantic development studio’s continued support, which includes adding new Pokémon and reworking the gym feature, has likely helped keep users engaged and give them reasons to come back to the app. Niantic has also help special promotions during holidays like Halloween that increase the appearances of certain types of Pokémon.

Apptopia also reported that Pokémon Go had about 60 million monthly players in June, with 20 percent of them opening the game at least once a day. While that’s down from the app’s peak last August, which was at 100 million monthly users, it’s still a huge number.

According to Apptopia, 57.4 percent of the game’s players are male, while 38 percent are millennials (ages 19 to 34). But Pokémon Go still attracts plenty of younger players, with 32.5 percent of its users being 18 or younger. Pokémon is such a powerful brand because it can capture the attention of children while also appealing to nostalgic demographics that grew up with it.