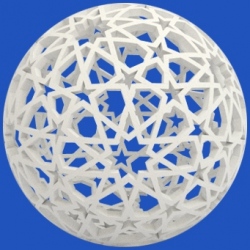 Kideville is a project designed to bring computer modelling and 3D printing into the classroom to aid learning. PlanetTech interviews the founder, Alberto Rizzoli, about entrepreneurship and the future of 3D printing and design.

Briefly, how did you get involved in 3D printing and what do you currently work on?

It’s never been a better time to be an entrepreneur, so I took advantage of the possibilities that my generation has in starting a business at a young age, and began working on a 3D printing project soon after graduating from business school. In a team of two, with machinery leased by 3D printer manufacturers and funds from UK grants, we developed a working business in three months and began selling internationally soon afterwards. It’s a kit that schools or study groups can purchase to run 3D printing classes independently. A classroom-in-a-box model that makes use of technology to put the creative power in the students’ hands, with minimal input from any instructor.

As I prepare to leave for Singularity University in three weeks, I’m finalising my work on another project: A book written by 50 leading futurists and futures thinkers, published under a very innovative collaboration model. I know, low tech, but it allowed me to connect with some amazing people from the cutting-edge of future technology. It’s out this June and you can read about it at fastfuturepublishing.com

What motivated you to start the Kideville project?

Many graduates are concerned with seeking income stability once out of university, and I can’t blame that. Entrepreneurship can be terrifying. Elon Musk once said it’s like eating glass and staring into the abyss.

To add to that, everyone you studied with is watching you as you chew on the fragments while enjoying the more edible meal they chose, but they’ll rightfully give you credit once you’ve swallowed it all. Without motivation, it’s really hard to work on anything that will often make you feel uncomfortable and insecure.

Mine came from wanting to step into the 3D printing industry while in its relatively young age, and use it as a vessel to improve something I cared about. In this case it was school education. You can learn a lot about the industry as an insider and even more as someone who’s success emerges from its expansion.

There never is anything like "too much" motivation, and I would recommend anyone to make sure they are obsessed with the problem they are trying to solve if they want to start a business. If you aren’t obsessed, you’ll build an escape plan. If you have an escape plan, sooner or later you will lean towards taking it.

New technologies are having impact on education. In your opinion, what are the educational uses of 3D printing? how will they change the future?

There are over 2,000 3D printers in schools across the UK, however, most of them are collecting dust. Compared to the evolution of the industry altogether, 3D printing in education hasn’t seen the exponential growth everyone hoped for. The problem is in the decision-making in today’s schools. Placing a technology that allows unprecedented independence and freedom of creation in a system that is mostly on rails and relies on top-down decisions won’t make use of said technology to its full potential.

Today, the true educational power of 3D printing is the same as that of computers in the 70’s: giving confidence to young people that they can be the creators of the products they use every day, so that the next time they have an idea, they’ll be more likely to turn it into a reality.

The OECD has a scoring system called the Programme for International Student Assessment (PISA), and the highest performers in the past 10 years have been countries with highly independent schools like Finland. There, teachers are in charge of assigning tasks and evaluating student work without strict frameworks. From environments like these we can expect students to embrace technology for their own creative use and begin making products of their own, from props for their science projects, to fashion accessories, to replacement parts for their electronics.

The real change will come from the fact that most of these new creators will consider a STEM higher education, whereas normally, less than 35% of engineers, mathematicians, or computer scientists are born in families whose primary income does not come from jobs in the sector. And that’s even worse if we look at the female population.

How has 3D printing evolved since you first got into the scene?

Our printers are two years old, and when we first received them they were on the cutting edge of their category. Today, they are far into the lower end and accelerating towards obsoletion. 3D printing is evolving at an incredible pace and that’s in part thanks to the worldwide network of collaboration that is characterising this decade.

In fact, 3D printing is not just a hardware technology, it’s the potential of trading items and their blueprints across borders in digital form, democratising its intellectual value and removing manufacturing-led exclusivity. It’s no surprise that such a model is bringing to the industry an exponential growth.

What have been the most interesting developments in the field of 3D printing in the last 5 years?

People usually chuckle at the fact that 3D printers have been used to print 3D printers. However 5 years from now it will be a much more common practice. The fact that intelligent manufacturing equipment has now become refined enough to be able to replicate its own components at a fraction of the cost is a fantastic catalyst for a small industrial revolution.

Thomas Newcomen must have once thought "if only I had a steam engine to help me build this steam engine…", and we’ve seen how increases in the potential to replicate a technology can be disruptive, just look at Moore’s law. Meanwhile, if we can put one of these machines in the hands of rural communities across the world, opening them to a worldwide network of high-tech trade and easily downloadable solutions, we can really see progress on a global scale taking off.

Where do you anticipate the most progress, where will 3D printing be in the next 5 and 10 years?

On two opposite ends of human progress. We usually hear and read about the technology being used in home environments or the creative world in very clever ways, and that’s the middle of the bell curve of 3D printing where usage is high but impact is relatively low. On one far end though, it will be used in the space and aerospace industries, where single component manufacturing is incredibly expensive.

This year, 3D printed rocket engines have been tested for the first time and succeeded, and last year, the first 3D printer was sent to the International Space Station. It will take some time before we see disruptive progress in this field, but one day we might see 3D printers being sent onto other planets to manufacture tools for rovers to use. Curiosity’s wheels are full of holes in need of servicing and there are no repair shops on Mars, yet.

On the other side, the technology will become more common in rural communities across the developing world. Granting the ability for a central-African tradesperson to easily manufacture the components required for their job can be disrupting. If you look around we can spot at least 10 items that were installed in this room that are only here thanks to cutting-edge supply chains and infrastructure, and those develop much, much more slowly than exponential technologies in certain areas of the world.

What are the most promising areas that you can see where 3D printing will be disruptive?

Implants will become many times less expensive, from dentures to customised hip replacements and limb prosthetics. Cheaper housing construction through 3D printing-like machinery will allow communities that are currently living in perilous slums to enjoy a better quality of life with improved insulation in the winter months, more structural safety, and decreased maintenance costs. The luxury fashion and jewellery industries will suffer from democratised manufacturing and slowly lose their appeal.

One day we’ll look back and realise why people paid a 1200% markup on sunglasses. Having said this, we won’t stop wearing jewellery, but we will value most of it for the meaning behind it once it’s material value approaches that of its raw elements. Finally, the use of 3D printing technology in medicine could allow inexpensive and rejection-free transplants, allowing burn victims to recover their former appearance, and those on organ waiting lists to no longer fear for their health or life.

This last one is, in my opinion, the most promising, but it stands on the shoulders of giants in the field of stem cell research and tissue engineering, and it would be unfair for 3D printing to take the merit.