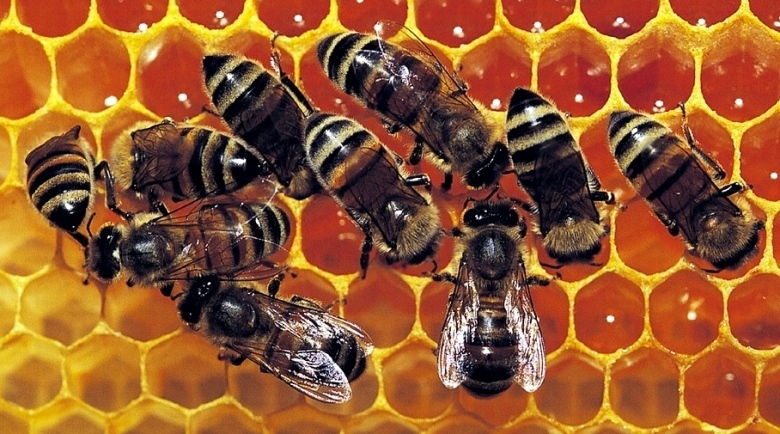 All the buzz about dead bees is prompting Ontario to seek help from a group of experts.

A bee health working group is being formed to make recommendations on how to mitigate the potential risk of a certain pesticide to honey bees, the governing Liberals said Tuesday.

The pesticide — neonicotinoid — is used for corn and soybeans.

The group will comprise beekeepers, farmers, people in agri-business and scientists as well as staff from federal and provincial agencies. It will meet this month and provide recommendations by next spring, the government said.

Neonicotinoid pesticides have be banned by the European Union, which has been experiencing the same bee mortality problem, Sierra Club Canada said in a release.

"This working group is the first real recognition of the impact of neonicotinoid pesticides on bees," executive director John Bennett said in the release.

According to the Canadian Honey Council, the bee population in Canada has dropped by an estimated 35 per cent in the past three years.

Many fear that the decline will have a severe impact on the pollination of many plants and the global food supply.

Pollination is responsible for 70 per cent of cultivated plants, and for 35 per cent of humans’ overall food consumption. Fewer bees means lower yields — notably apples, strawberries and cucumbers — and could ultimately mean a drop in the food supply.

Sierra Club Canada asked federal Health Minister Leona Aglukkaq in April to ban the use of neonicotinoids in Canada, Bennett said. But she hasn’t responded.

The regulatory agency, which authorized neonicotinoid insecticides for commercialization in 2004, looked into the matter after bees’ increased mortality was reported in 2012.