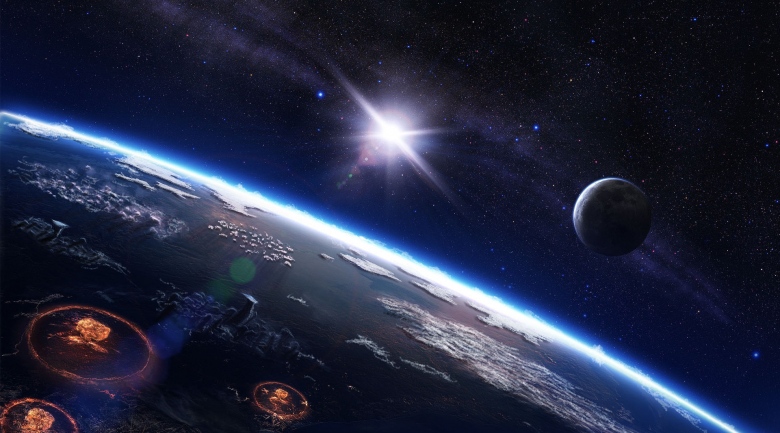 One of the fun things about astronomy is that we can only know so much through empirical observation, yet we can “know” so much more through enlightened, mathematical guesswork. Such is the nature of the most interesting new science paper I’ve come across on the Internet today. In it, Wesley Traub of CalTech crunches some Kepler data and makes a tantalizing mathematical prediction: one-third of sun-like stars have at least one earth-like terrestrial planet orbiting in their habitable zones.
If that turns out to be the case, that’s big news of course. The habitable zone, or the “goldilocks zone” as it’s often known (not to close to the star, not too far away), is the orbital range where it’s possible for liquid water to exist. Thus, it’s the range where life as we know it could feasibly take root.