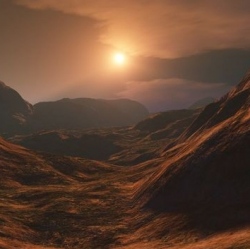 A small stone lying just to the side of the vehicle at its landing site on the floor of Gale Crater has been selected as a test target for the ChemCam laser.

The brief but powerful burst of light from this instrument will vaporise the surface of the rock, revealing details of its basic chemistry.

Dubbed N165, the object is not expected to have any science value, but should show ChemCam is ready for serious work.

"I’d probably guess this is a typical Mars basalt – basaltic rocks making up a large fraction of all the igneous rocks on Mars," Roger Wiens, the instrument’s principal investigator, told BBC News.

"A basalt, which is also common under the ocean on Earth, typically has 48% silicon dioxide and percent amounts of iron, calcium and magnesium, and sodium and potassium oxides as well. We’re not expecting any surprises," said the Los Alamos National Laboratory researcher.

Curiosity touched down in its equatorial crater two weeks ago.