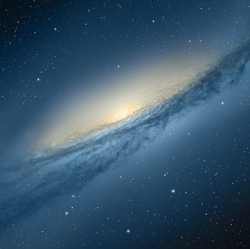 A sophisticated orbiting telescope that uses high-energy X-ray vision to hunt for black holes in the universe launched on Wednesday after an aircraft-to-rocket takeoff, NASA said.

The Nuclear Spectroscopic Telescope Array (NuSTAR) was lifted into the skies by Orbital Sciences’ L-1011 aircraft, carrying a rocket on its underbelly that later launched the satellite.

"NuSTAR will help us find the most elusive and most energetic black holes, to help us understand the structure of the universe," said Fiona Harrison, the principal investigator on NuSTAR.

The project aims to study energetic phenomena such as clusters of galaxies, black holes and the explosions of massive stars. It will also study the Sun’s atmosphere for hints on how it is heated, NASA said.

The mission aims to work in concert with other telescopes in space, including NASA’s Chandra X-ray Observatory, which observes lower-energy X-rays.

Harrison, a professor at the California Institute of Technology in Pasadena, California, said it will be the "first telescope to focus high energy X-rays" and will make "images that are 10 times crisper and 100 times more sensitive than any telescope that has operated in this region of the spectrum."

NuSTAR is more potent than its predecessors because of the way it focuses high-energy X-ray light by using nested shells of mirrors to prevent the light from reflecting off.

The 33-foot (10-meter) mast will launch in a folded-up position but will extend about a week after launch, bringing it to about the length of a school bus.

"It used to be thought that black holes were rare and exotic — that was just 20 years ago," Harrison told reporters.

"Today we know that every massive galaxy, like our Milky Way, has a massive black hole at its heart."

The new observatory aims to give a better view of the workings of a black hole, since the dust and gas that gets sucked into the gravity of a black hole becomes quite hot from speed and friction created as it circulates around the edge.

Its method of launch, from a rocket hitched to a plane, was less expensive than ground-based launches because it required less fuel to boost cargo away from the pull of Earth’s gravity, the US space agency said.

The jet took off from Kwajalein Atoll in the Marshall Islands.