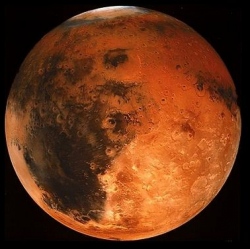 The first people to colonize Mars might be reality TV show contestants. No, this is not a joke – it’s a tremendously ambitious, eyebrow-raising plan devised by Dutch company Mars One. Next year, the company aims to select several teams of four astronauts each, and the public will be the final judge as to which team will get the ticket for a (one-way!) seven-month trip to the Red Planet in 2023.

Compared to the more traditional manned missions, "Mars to stay" missions have the obvious advantage of requiring much lower costs and dealing with highly simplified logistics. And simplicity seems to be the driving force behind the Mars One proposal, as the organizers say the whole thing can be achieved using already existing technology, choosing suppliers on the basis of price and quality rather than political or national preferences, like other agencies may do.

Still, it’s obviously pretty hard to believe in the feasibility of such an expedition, especially in such a short timeframe. We spoke with Bas Lansdorp, one of the minds behind the project, to find out more on the financial details of the operation.

"We discussed the cost figures of the components with our potential suppliers. We included margins, setbacks and failures in the financial plan to make it as realistic as possible," says Lansdorp. "Our challenge is that the bills of our suppliers will come before we generate such large income. For now, we especially require the funds to have our suppliers perform conceptual design studies. After these studies, the technical feasibility will be even more clear than it is now."

According to Lansdorp, adopting only tried-and-true technologies – instead of brand-new developments that would require a lot of expensive research and testing – will allow to keep costs down to about US$6 billion to settle the first four astronauts into their new extraterrestrial homes. By contrast, the total cost of the Mars Science Laboratory, which is scheduled to land on the Martian surface in just over two months, is in the range of $US 2.5 billion.

But how can a reality show expect to raise six billion dollars? The short answer – by attempting to create the biggest media event ever.

"To attract sponsors, we will create appealing media content around the selection of the astronauts, the training, unmanned missions and other topics," says Lansdorp. "This should convince sponsors and investors to participate with the promise of an even bigger exposure later: we expect that almost every person on Earth will witness the landing of the first astronauts on Mars."

"Their departure from Earth, the journey to Mars and the first months on Mars will also attract a very large audience. After that, many people will tune in a couple of times per week to see how ‘our people on Mars’ are doing – a reality show that never ends."

Among Mars One’s backers is Paul Römer, the co-creator of the reality TV show "Big Brother."