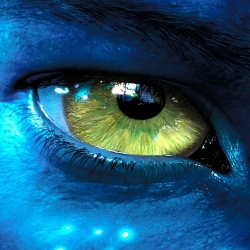 Science fiction writer and astrophysicist Dr. David Brin is not happy with the Lone Signal announcement of METI (Messaging to Extra-Terrestrial Intelligence) “beams” to the Gliese 526 solar system. In his Brinstorming Science 2.0 blog, Brin updated his 2006 article on METI (aka active SETI), quoting Carl Sagan, who called it “deeply unwise and immature.”

He also cited Frank Drake, who famously sent the “Arecibo Message,” but nonetheless considered “Active SETI to be, at best, a stunt and generally a waste of time.”

“Sagan — along with early SETI pioneer Philip Morrison — recommended that the newest children in a strange and uncertain cosmos should listen quietly for a long time, patiently learning about the universe and comparing notes, before shouting into an unknown jungle that we do not understand. …

“We hope soon to convince all parties to join together in calling for a more extensive discussion that would extend beyond astronomers and diplomats, to include experts in history, astrobiology, ethics, ethology and many other pertinent fields, in an open and extended conversation that should be fascinating and entertaining as well, for millions of citizens of Planet Earth.. To reiterate, that is all we have ever asked… for an issue that might weigh heavily upon our descendants to be examined from many angles and perspectives, and for zealots to expose their assumptions to collegial critique, which is — after all — the very soul of science.”

In his CONTRARY BRIN blog, he went further, suggesting (“half in jest”) a flash mob to picket the Lone Signal Monday night event. “Let’s be plain,” he said. “This is not science and these are not scientists. They are pulling a stunt. They are willing to fundamentally alter one of our planet’s observable properties by orders of magnitude — a kind of deliberate pollution — while shrugging off and pooh-poohing any effort to get them to TALK about it first with scientific peers, before screaming ‘yoohoo’ on our behalf.”