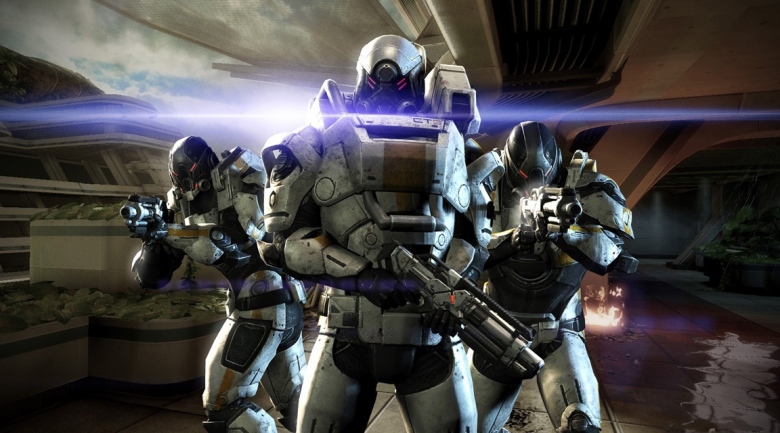 A few lucky Xbox 360 players obtained temporary access to a rough version of Mass Effect 3 this weekend, after Microsoft accidently released the beta to users. BioWare says the code was unfinished and "not meant for public release". It has since been taken down and deactivated. Still, the beta revealed at least one interesting addition to the Mass Effect world: different game play modes.

The modes are labeled as "action mode", "story mode" and "RPG mode", and each affects how combat and conversation take place in the game. Action mode sets automatic conversation responses, story mode tones down the game’s difficulty, while RPG mode seems to be more of a classic Mass Effect experience.

In response to the leak, BioWare released the following statement:

"As most of you know by now, this evening an accidental leak occurred of some early Mass Effect 3 beta code. Microsoft has advised us that through human error at their end, content which was meant for internal beta testing was flagged incorrectly and released to individuals who had signed up for the beta of the Xbox Live dashboard update. It has since been taken down and deactivated."

"We’d like to stress that the leaked code is in a rough, unfinished state and was not meant for public release. The content is not final, and is not reflective of the quality of the finished, polished game due for release [in March]."